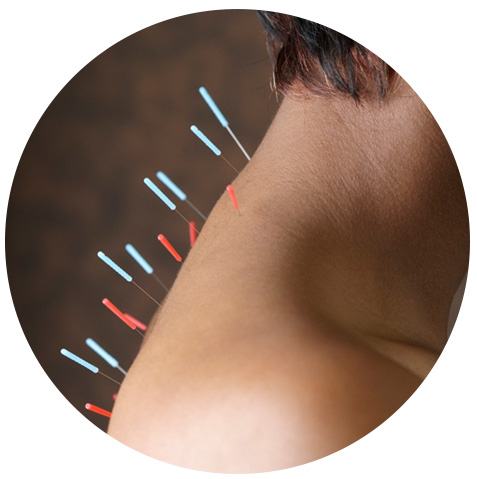 The practice of acupuncture and moxibustion is based on the theory of meridians. According to this theory, qi (vital energy) and blood circulate in the body through a system of channels called meridians, connecting internal organs with external organs or tissues. By stimulating certain points of the body surface reached by meridians through needling or moxibustion, the flow of qi and blood can be regulated and diseases are thus treated. These stimulation points are called acupuncture points, or acupoints.

At The Corrective Clinic we use acupunture through the process of dry needling During this time the needles may be manipulated to achieve the effect of tonifying the qi. Needle manipulations are generally involved with lifting, thrusting, twisting and rotating, according to treatment specifications for the health problem. Needling may also be activated by electrical stimulation, a procedure usually called electro-acupuncture, in which manipulations are attained through varying frequencies and voltages.

Treatment protocols, frequency and duration are a matter of professional judgment of the practitioner, in consultation with the patient. A common course of treatment may initially involve between ten and fifteen treatments spaced at approximately weekly intervals, and spread out to monthly later in a program.